As the digital world continues to evolve and the demand for web applications increases, the full-stack developer has become an invaluable asset to any software development team. A “Full-stack Developer” is a software engineer having expertise in both the front-end and the back-end of a website or application. This typically includes experience with HTML, CSS, JavaScript, and a backend programming language such as Python, Ruby, or Java. When planning to hire a full-stack developer on your team, the most evident thing to consider is a strong understanding of database concepts to work with technologies like SQL or NoSQL databases. 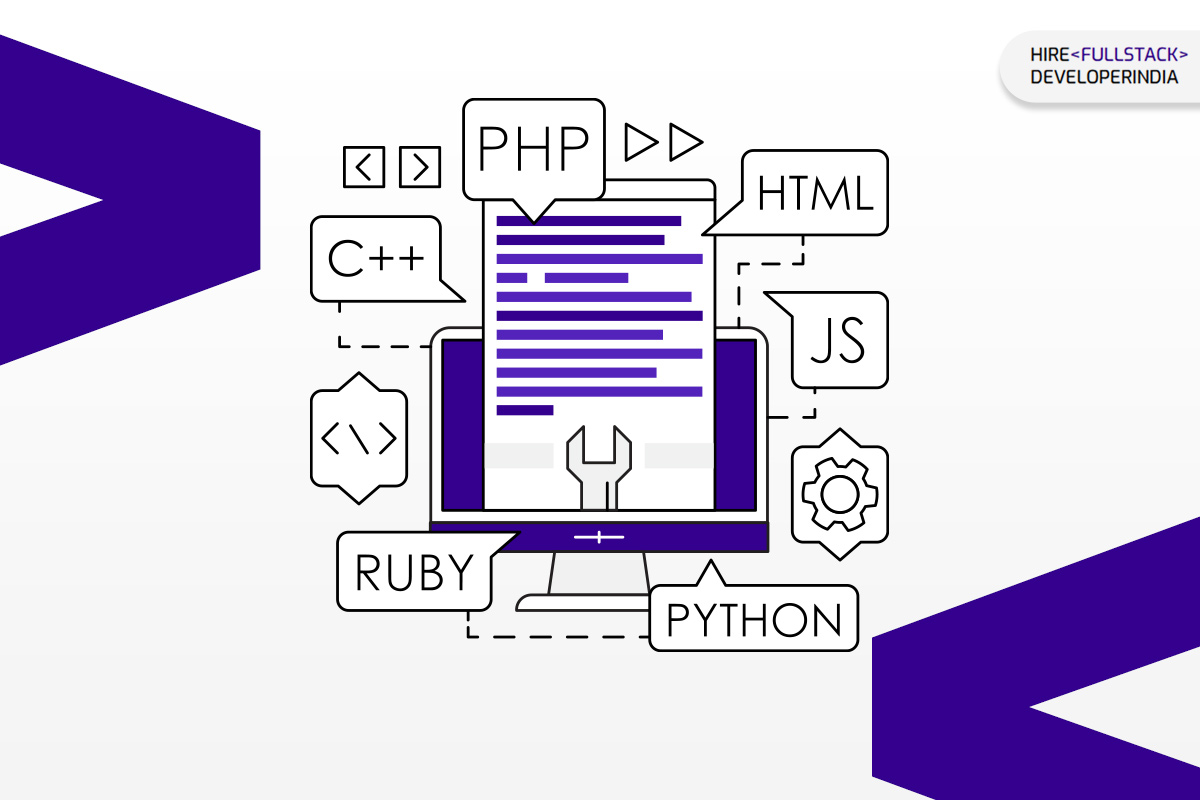 In addition to technical skills, full-stack developers should also have good problem-solving and communication skills, to handle the responsibility of not just designing but even developing complete web applications from start to finish, by working cohesively with a team of designers and developers.

Full-stack web development involves working with several different layers of a web application, including the front-end user interface, back-end server-side logic, and database management. Let us look at what specifically to know in each. 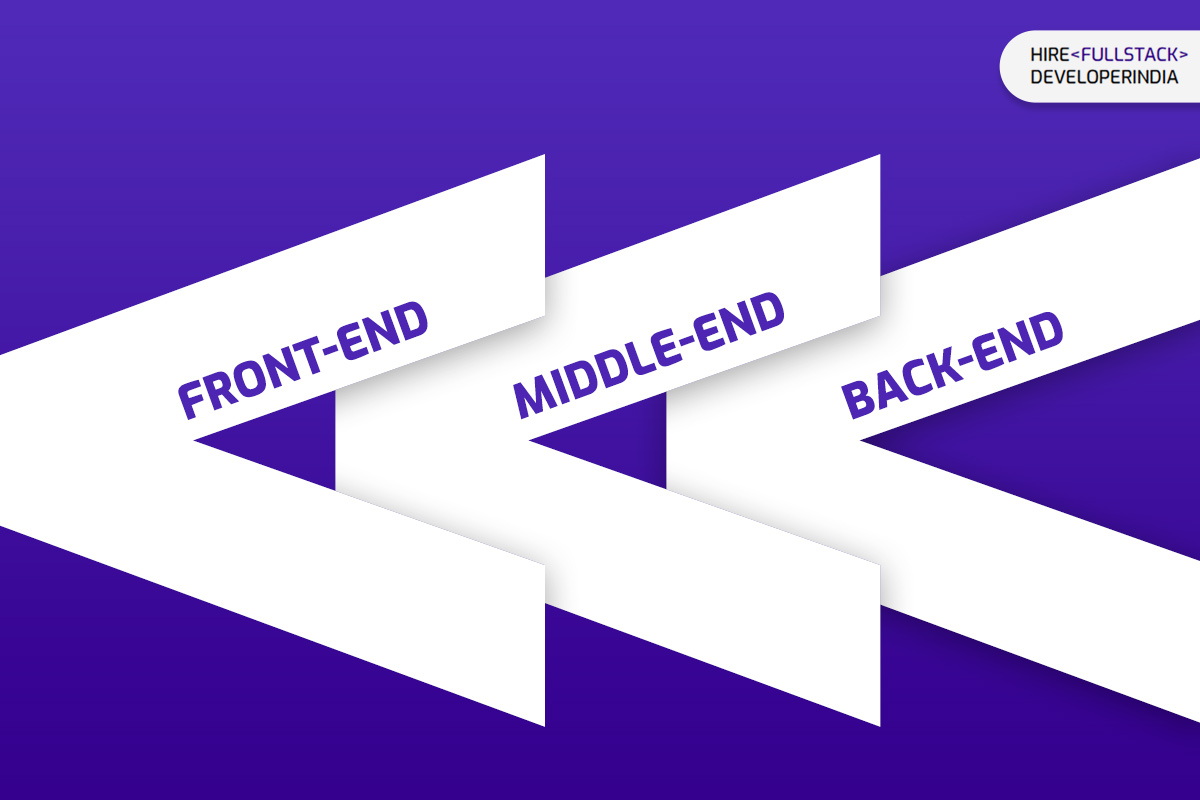 2. Role of a Full Stack Developer

How to Hire A Backend Developer in 2023?

3. Qualities of a Full Stack Developer

4. Why Hire Full Stack Developers to Build an MVP?

A minimum viable product (MVP) is a version of a product that has the minimum set of features required to be viable for customers. In the context of a full-stack developer, an MVP might be a web application with the essential features and functionality required for it to be used and tested by a small group of users.

For a full-stack developer, creating an MVP might involve identifying the core functionality that the application needs to have, and then implementing this in a way that is scalable and can be easily modified as the product develops. This might involve using frameworks and technologies that allow for rapid development and prototyping, such as Ruby on Rails or Node.js.

The goal of an MVP is to get a product to market as quickly as possible and start gathering feedback from users. This can help a full-stack developer iterate multiple times during any stage of full-stack web development and add new features based on user functionality needs.

MVP is just a basic product in a place with standard features, which requires the intervention of a full stack developer to be well versed with how a detailed product needs with all the features need to be built down the line. Other than that, there are several reasons for choosing a full-stack developer to work on a minimum viable product (MVP).

As a Fullstack Development Company, we provide a full range of services related to web and mobile software development, including web and app design, development, and maintenance. We specialize in frameworks such as React, Node.js, Angular, and Vue.js.

Our pricing structure is tailored to each project, taking into account the complexity and scope of the work. We offer competitive rates and transparent pricing.

Yes, we provide ongoing support and maintenance services. We can help you ensure that your applications are up-to-date and running smoothly.

As a Full Stack Development Company, we are responsible for ensuring secure data storage of our clients by taking measures such as employing secure protocols, conducting regular security audits, and following best practices. Our development team utilizes cutting-edge technologies and tools to ensure data storage is secure and compliant with industry standards. We also have a dedicated security team that monitors the system, checks for vulnerabilities, and takes necessary action to ensure the security of our customer's data.

HireFullstackDeveloperIndia provides highly skilled and experienced full-stack developers for hire. To hire a full-stack developer from us, you can contact us via email or phone, or simply fill out the online form. We will get back to you with a quote and timeline. 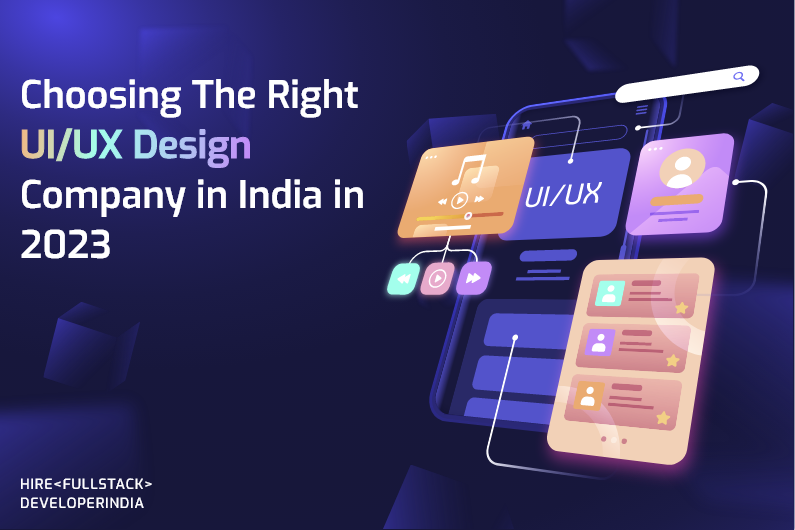 Choosing The Right UI/UX Design Company in India in 2023 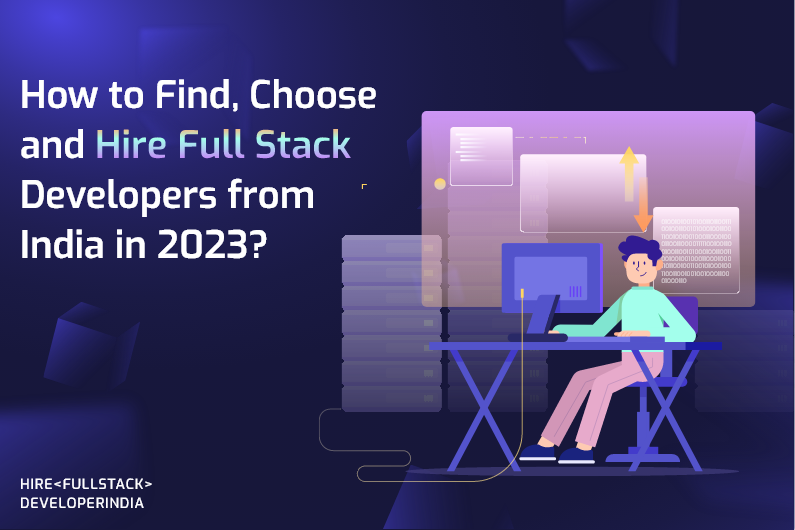 How to Find, Choose & Hire Full Stack Developers from India in 2023?

Get A Quote
Please fill up the form below and we shall share the CV to your email. Thanks!